How Do You Prove Liability for a Bicycle Accident? For even the most experienced cyclists, riding alongside moving traffic is inherently dangerous. If you were struck by a motor vehicle while on your bike, you’re probably recovering from serious injuries. Unlike cars, bicycles lack a “crumple zone,” which means they offer virtually no protection in forceful impacts.

Thankfully, cyclists who do end up getting hurt through no fault of their own are usually entitled to compensation. Before you can seek a payout, though, you’re going to have to determine who was liable. Then, you must gather the evidence needed to prove it.

While every bicycle accident claim is unique, most demand the following pieces of evidence when assigning blame:

If police responded to the scene of the accident, they probably drafted a report. While this document won’t replace the need to conduct your own investigation, it should include the officers’ initial impressions of the crash and why they think it occurred.

Because police are trained to evaluate accident scenes, their statements hold considerable weight. If they suspected the motorist who struck you was drowsy or distracted, for example, and noted as much, their report will bolster your claim unless the liable party presents sufficient evidence proving otherwise.

2. Footage from the Scene

Accident reconstruction experts can evaluate photographs of the wreckage to piece together what happened in the moments leading up to the collision. Video footage could also be incredibly valuable when building your claim.

If you have a helmet cam, store the recordings from that day in a safe place. There’s also a chance the incident was captured by surveillance systems in the vicinity or dash cameras on the passing vehicles.

Eyewitness testimony, while not considered indisputable evidence, can at least corroborate your own telling of events. If you managed to obtain the names and phone numbers of other motorists, their passengers, or pedestrians who were in the area at the time, give them to your legal team, so they can reach out for statements.

In order to recover a payout, you’re going to have to demonstrate a direct link between the accident in question and the injuries you sustained. As long as you visited a doctor shortly after the incident, your medical records should help you prove as much.

If the accident exacerbated any preexisting conditions, however, be prepared to present additional evidence. Before the insurance adjuster will agree to cover the related damages, they must be convinced that your conditions wouldn’t have worsened but for the liable party’s negligence.

Discuss Your Claim with a Bicycle Accident Lawyer in Minneapolis

If you were seriously hurt in an accident while riding your bike, turn to Bradshaw & Bryant for help. We will conduct a thorough investigation into the circumstances surrounding the crash to identify all liable parties, so we can take the steps needed to hold them accountable. To schedule a free case review with a bicycle accident attorney in Minneapolis, call 800-770-7008 or complete our Online Contact Form Can I File a Bicycle Accident Claim if I Wasn’t Wearing a Helmet?

Guide to Basic Bike Maintenance & Safety Tips For All Bicyclists 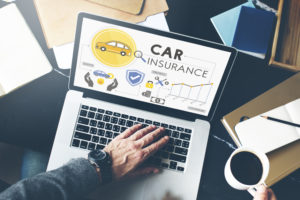